Like many people, I’ve followed many paths in my life.

From the age of 17, I’ve physically lived in the South, first Florida, then Virginia. Except for the years I spent in Mexico, Paraguay, Honduras, Haiti, Morocco, and Burkina Faso. Plus a lot of gallivanting through Europe and parts of Asia. Now I am back in Gainesville, Florida, seeking a greater immersion in a place that’s been a part of my life for years of fleeting visits and stays of weeks, and sometimes months. And even years. Gainesville, of course, now a dynamic cultural entity, boasts the site of the enormous University of Florida.

Sacramento, California, my birthplace, where I first saw the Sun and Moon and Earth, is but a dim memory. A family of academics raised me as I spent my earliest years in Pullman, Washington, only to move to Gainesville, Florida just before my senior year of high school. Traumatic! My father took a position at the University of Florida. Follow the money, even before the saying became part of popular culture, right?

After graduating  from Eckerd College (St. Petersburg, FL) with a B.A. in Latin American Studies, I joined the Peace Corps. I trained for my home-economics posting in Ponce, Puerto Rico, before arriving at my post in Fram, Paraguay, a village comprised of native Paraguayans, as well as Japanese and Ukrainian immigrants. My job as a home economics extension agent involved such interesting experiences as cooking soybean soup in a cauldron balanced on three large flat stones in the middle of a field.

At Le Cordon Bleu cooking school in Paris, I  attended several short courses, a very thrilling time for me, because of my admiration of Julia Child!

But what about writing? After all, this is an author Web site … .

In Cedar Key, Florida, for about a year, where I lived for a few years before heading to North Africa, I wrote 81 weekly food columns devoted to food history, “Thoughts of Food and Such.”  The Cedar Key Beacon, the local newspaper, published these pieces.. While in Morocco, I wrote and produced a fund-raising international cookbook for the International school – T he Communal Bowl: A Celebration of the World’s Food – and worked as a Peace Corps trainer on maternal and infant nutrition in a remote village in the south of Morocco, near Agadir. For that work, I wrote a training manual aimed at helping other trainers in the field.

I spent years writing book reviews and articles for food-related encyclopedias as well. See Other Writing for more.

Along the way, I won a Julia Child grant from the International Association of Culinary Professionals (IACP) and spent a month in Paris researching immigration’s impact on the future of French cuisine.

My blog, “Gherkins & Tomatoes,” began in 2008, allowing me the freedom to write about all manner of topics. Following the encouragement I got from readers, I began contributing articles to food-related encyclopedias and reviewing books for Library Journal, DOMES (Digest of Middle Eastern Studies), Gastronomica, The New York Journal of Books, Food Culture & Society, and The Roanoke Times. For the latter, I reviewed 49 books. I now write occasional pieces for Modern Salt, a U.K. online magazine and serve as Serving Associate Editor of Bacopa: A Literary Review published the Writers Alliance of Gainesville.

And my book, Mushroom: A Global History, appeared in 2013, published by Reaktion Books in the U.K.

I am currently working on several writing and photography projects. See Books. 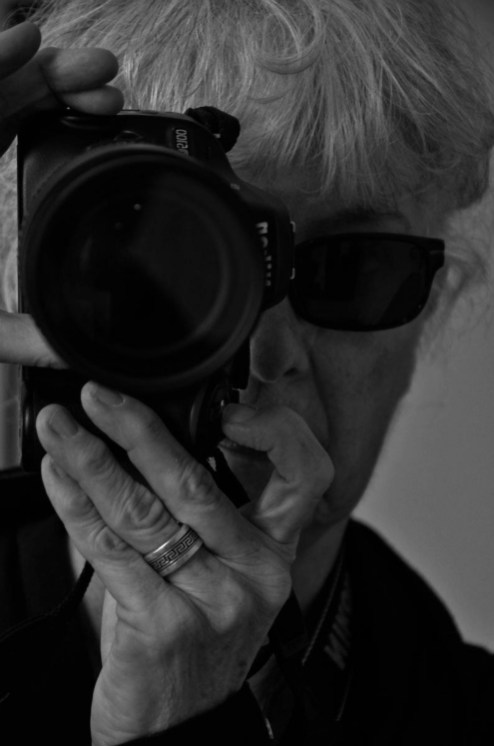 2 thoughts on “About the Author”

What I see on my daily walks.
Couscous with kefta in tomato sauce.
Day 30 of social distancing. Dreaming and Wishing - gherkinstomatoes.com/2020/04/14/dreaming-and-wishing-being-in-a-state-of-siege-coronavirus-covid-19-day-30